A surprising discovery made by Redleaf Environmental in Toowoomba’s Waterbird Habitat recently may be responsible for saving the Murray Darling Basin from an invasive declared pest species.

A Chinese Stripe-necked Turtle (Mauremys sinensis) was found in the Toowoomba Waterbird Habitat during a fauna assessment commissioned by the Toowoomba Regional Council (TRC) to ensure the conservation of wildlife during the construction of the proposed East Creek Detention Basins. 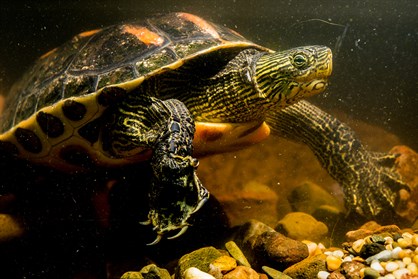 TRC engaged scientists from Redleaf Environmental to conduct the fauna survey for the Ballin Drive and Garnet Lehmann Park detention basins on East Creek without knowing that they would find an Australian first.

Environmental scientist and Toowoomba’s own turtle expert, Dr Darren Fielder, caught the Chinese Stripe-necked turtle during the assessment. As a specialist in freshwater turtles, he identified the animal as an exotic Class 1 declared pest and a potential biosecurity issue.

“We never suspected this animal to be present in the waterways,” Dr Fielder said. “It’s a surprising find and the first ever to be seen in Australia.”

According to Chinese culture, turtles symbolize longevity, good luck, and support. However, dumping of pet species in waterways is not so good for Australian native species according to Dr Fielder.

“If this exotic turtle has an opportunity to breed within this Toowoomba waterway, it is a very real possibility that it could spread causing a detrimental effect to aquatic species  across the Murray Darling Basin,” Dr Fielder explained.

The surprise find of the Chinese stripe-necked turtle in the Waterbird Habitat has raised concerns within state government departments, Biosecurity Qld and natural resource management bodies about the risk of invasive species establishing in the Condamine Catchment with possible ramifications to the Murray Darling Basin ecology. 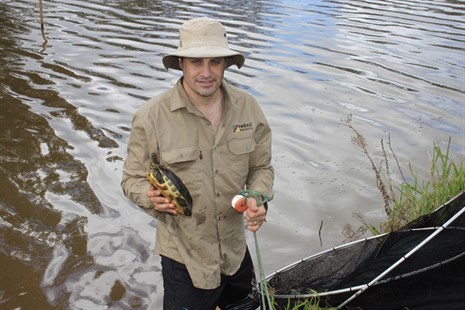 TRC Manager Project Services, Mr Steve Holland, said that members of the community need to be aware that dumping of pets into local reserves or parks can have a major biosecurity threat to the rest of Australian fauna species.

“Ultimately, this discovery is good news for Toowoomba’s East Creek catchment and very fortunate for downstream waterways,” Mr Holland said. “Further surveys are planned to determine if there are more exotic pest animals in the area.”

If anyone knows of these turtles (or other exotic turtles such as red eared slider turtles) being kept, please call the Biosecurity Queensland call centre on: 13 25 23. 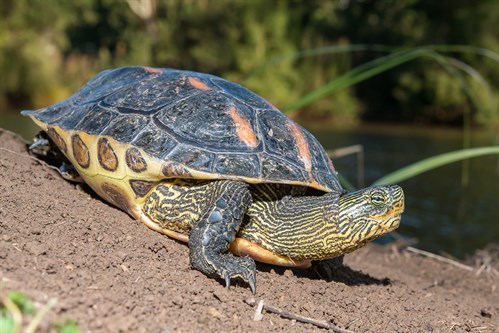