Flora and Fauna Surveys and Assessments

We are passionate about connecting people, places and wildlife in our landscapes. Our professional scientists and ecologists have years of experience in mapping and surveying of vegetation communities, flora and fauna habitat assessments and condition assessments. Redleaf’s team has excellent working knowledge of Australia’s rare and threatened species, many of which can be highly cryptic and difficult to detect.

Our team members have their own areas of experience, research interest and skills.

Together, our team of expert ecologists have the capacity to undertake:

We have several suitably qualified botanists under the Nature Conservation Act 1992 and approved by the Department of Environment and Heritage Protection to undertake protected plant surveys. Redleaf’s botanists have extensive experience in flora surveys across Queensland and northern NSW. This includes well over 500 individual flora assessments in the past five years generating over 20,000 flora records. This includes numerous quarries, road networks, floodways, urban vacant land, crown land, rivers and wetland surveys, vegetation assessments and threatened species survey and quantification.

Protected Plant Survey on the New England Highway near Stanthorpe identified 300 individual plants of the Endangered Boronia repanda, 300 plants of the Vulnerable Melaleuca williamsii subsp. fletcheri and nearly 100 Vulnerable Grevillea scortechinii subsp. scortechinii plants. These were mapped and an Impact Management Plan was developed to meet the requirements of the Nature Conservation Act 1992.

We guarantee 100% legislative compliance for your project. 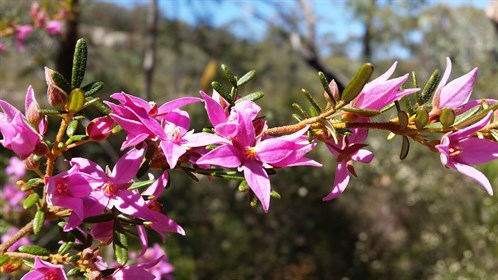 Our professional botanists and vegetation mapping experts assess and map TECs across a range of industries. We also regularly apply the mapping and condition thresholds based on the Environment Protection and Biodiversity Conservation Act 1999 (EPBC) Significant Impact Guidelines.

Redleaf was commissioned by a NRM regional body because of our highly experienced and qualified professionals in botany, vegetation mapping and fauna survey techniques to survey 900km2 across two large cattle stations in southwestern Queensland. The aim of the survey and field assessments was to ensure the Threatened Ecological Community were identified, mapped and their condition assessed against the EPBC Act guidelines. We also recorded structural features of the vegetation communities, based on the Queensland Herbarium's biocondition assessment methodology, as a means of assessing environmental health and potential suitability for fauna.

We are passionate about Australia’s unique fauna and love being out in the field conducting fauna surveys including habitat assessments using a range of techniques. These techniques include: 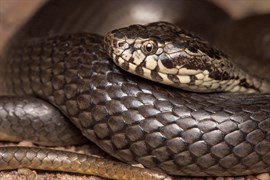 Redleaf Environmental was commissioned to conduct an Environmental Impact Study in 2016 for $1.5B proposed bio-energy venture on several cattle stations near Pentland, FNQ. This project was across 690 km2 This was a comprehensive fauna and flora study including over 100 tertiary level vegetation mapping and BioCondition assessments of Regional Ecosystems and TECs. During the three-week survey, over 1400 individual vertebrate fauna records were made from over 150 survey sites along with surveying and mapping of five Matters of National Environmental Significance (MNES) species habitats across the study area. The MNES species were koala, squatter pigeon, ornamental snake, black-throated finch and king bluegrass.

The project was highly successful and provided the company with valuable mapping of TECs, Regional Ecosystems, fauna distributions and MNES species habitat mapping across the Cattle Stations.

The Pale Imperial Hairstreak Butterfly (Jalmenus eubulus) is a small and exceedingly rare butterfly that lives in association with a species of small black ant. Colonies are found only in old growth Brigalow (Acacia harpophylla) communities. Redleaf’s ecologists conducted a survey for this species on behalf of QGC (British Gas) in their upstream gas tenements so that colonies could be avoided during construction activities. This butterfly is very cryptic and requires a high degree of specialist expertise to survey.

The southern subspecies of the black-throated finch is of extreme conservation concern in the Galilee Basin where several new coal mines are being planned. Redleaf’s ecologists worked closely with one mining company to conduct a highly targeted survey for this finch, in accordance with the EPBC Act survey guidelines.

The development of a Species Management Program for Wallum Frogs.

Construction projects near watercourses often need to consider aquatic species and implement mitigation measures to ensure their survival. As career aquatic ecologists, some of our team members love getting their fet wet catching fish and freshwater turtles.

Redleaf’s experienced aquatic ecologists conducted an aquatic survey on the Mary River and implemented mitigation measures during a bridge construction project near Conondale. We used exclusion barriers around the construction site and then trapped within the barriers to catch and remove turtles and large fish.

We are experts in the following areas

We'd Love To Hear From You

Fill in the form and one of our specialist team will contact you within 1 business day.