Flying foxes hanged happily at their Hemmant camp near Bulimba Creek while the Caltex Lateral Pipeline was being constructed last September.

To meet the requirements of the Department of Environment and Heritage Protection (DEHP) Dr Sandrine Martinez, Senior Ecologist from Redleaf Environmental, worked with APA Group to monitor a colony of the threatened Grey-headed flying fox located in mangroves along Lytton Road at Aquarium Passage. These bats are federrally listed as Vulnerable under the Environment Protection and Biodiversity Conservation Act 1999.

Despite the noise generated from the machineries, daily monitoring did not record any unusual bat movement during construction activities. 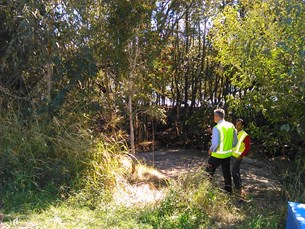 "The Hemmant flying fox camp is only one in five permanent camps known in Brisbane and at this time of the year many female flying-foxes are pregnant. It's therefore crucial that they are not disturbed while roosting," Dr Martinez said.

Even white ibises nesting alongside the bats didn't seem to be perturbed in anyway by the pipeline construction.

The Hemmant flying fox camp is situated in a densely industrial area adjacent to Lytton Rd, a heavily trafficked road which is the main thoroughfare to the Port of Brisbane. Noise emission from road traffic is therefore a constant occurrence.

Dr Martinez said that the noise generated by the construction activities did not exceed that of the already existing noise coming from the road traffic and that the bats may be accustomed to it.

APA Group workers were very understanding of the bats requirements and accommodated the flying fox camp easily during construction activities. 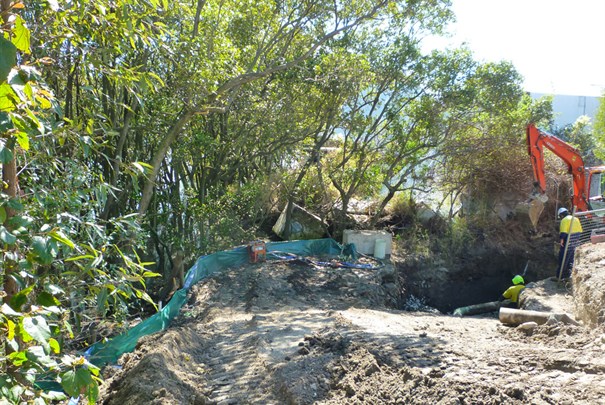