Redleaf Environmental recently conducted an assessment of clearing impacts for the construction of a power line to a communications tower. One of the key objectives of the ecological surveys was to confirm Black-breasted Button-quails (Turnix melanogaster) occurred in the area. The species is listed at the state and national level as ‘vulnerable’ to extinction and is highlighted as ‘critical’ under the state governments Back on Track threatened species conservation program.

The proposed 2 km line alignment traverses sections of remnant vine thicket with emergent hoop and bunya pines. The alignment also goes through hoop pine plantation. Vine thicket rainforests with closed canopy and deep litter layer are one of their favoured habitats along with vegetation communities on sandy coastal soils. This species of quail feeds by scratching a circular disk shape or what are called platelets into the litter and feed on invertebrates and possibly seeds. The platelets are tell tailed signs of quail activity though a similar quail species, the Painted Quail, also make platelets.

Having noticed disc marks on the ground, a couple of camera traps were deployed along the proposed alignment in the hope of capturing the animal responsible for the marks. A tantalising blurred image of a feathered creature was taken on one of the cameras giving further reason to have a full ecological survey of the alignment.

Darren and Bruce were sent to the area for a week to hunt down the elusive creature. Fortunately, a more conclusive image of the quail was captured on camera and a positive identification was made of an adult male Black-breasted Button-quail.

This little known bird is striking in pattern and colour with distinctive markings on the female that give it its name of being ‘black-breasted’. Here are a few images of the quail and its habitat.

During the survey, we also observed a total of 76 fauna species, comprising of 8 amphibians, 50 birds, 13 mammals and five reptiles. 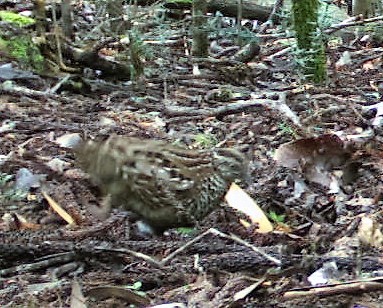 Rummaging in the undergrowth, a male Black-breasted Button-quail 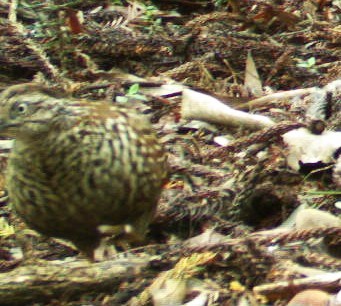 Caught on camera - a male bird with the distinctive white iris 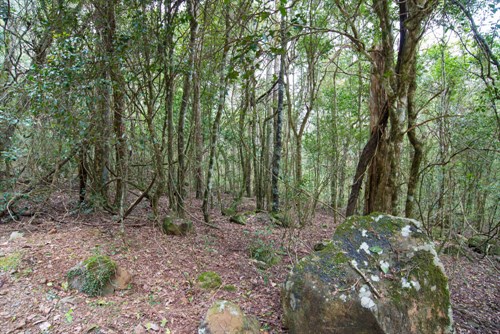 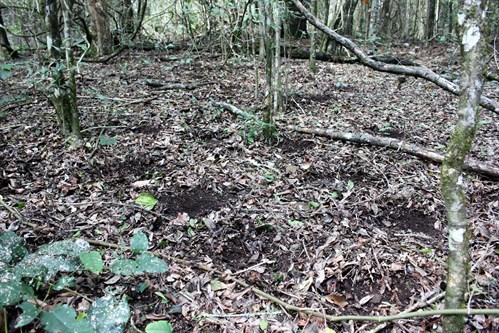