Koalas recently recorded at a South-East Queensland site earmarked for power line construction were protected from harm by Fauna Spotter Catchers from RedLeaf. 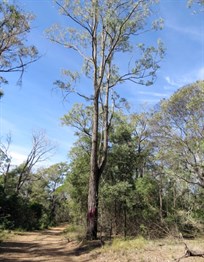 The Koala activity had been recorded and photographed at the site by Ergon Energy staff and contractors during a site inspection near Kingaroy. Ergon worked with RedLeaf to ensure all fauna could be carefully relocated to nearby habitats during the clearing of a 900m easement for power line construction at the site.

RedLeaf's Senior Fauna Spotter Catcher Mike Wood said that direct impacts to fauna around construction areas could easily be avoided with the implementation of simple controls.

“We work with contractors on construction sites like this one regularly to ensure there is no harm to fauna, at the same time as allowing for the necessary clearing works to occur,” Mr Wood said.

The fauna surveys at the site spanned seven days and included a daily pre-clearance check along the proposed line of works to determine fauna presence and any associated hazards.

RedLeaf's fauna spotter catcher also located and flagged fauna habitat trees in the area and undertook a nocturnal survey to determine the presence of fauna not normally seen during daylight hours. 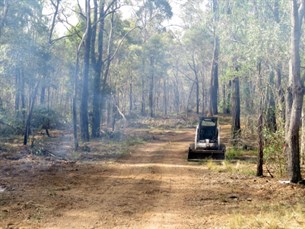 As part of the investigation, Mr Wood conducted searches for active nesting places for birds, possums and of any fauna located under bark, fallen logs, within log piles or hollows, within termite mounds, or any other structure that might provide refuge.“The focus was on protecting Koala’s and other fauna species found to keep them from harm at the same time as helping Ergon Energy to meet its corporate responsibility and demonstrate its duty of care.”  “Communication with the clearing operator and having Standard Operating Procedures (SOPs) for fauna clearances is essential,” Mr Wood said. 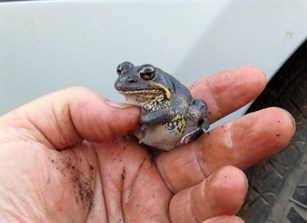 All fauna found during the pre-clearance searches or during and after clearance work had commenced has now been carefully captured and safely relocated to other habitats.