Protesters and workers join forces to save bird

East Creek Park Defenders member Barb Marshall said the bird was found by a lady walking her dog late on Sunday. "I didn't have a good sleep that night and I came down early on Monday morning to look for the bird," she said.

After a frantic search she finally found the baby bird pressed up close to the base of a tree "trying to look invisible".

Redleaf ecologist Darren Fielder was on hand to help get the chick back to its parents.

"We assessed the bird and it's of good health," he said. "It's old enough to be able to put back in the tree. If it was too young or injured we would've taken it to a carer. We believe that putting it back in the tree will give it a good future."

Darren Fielder and Toowoomba Regional Council workers used a cherry picker to place the chick on a branch next to its parents on Tuesday.

He said the insect-eating native bird was around a week from being able to fly and leave the nest by itself. Tawny frogmouths are often mistaken for owls. 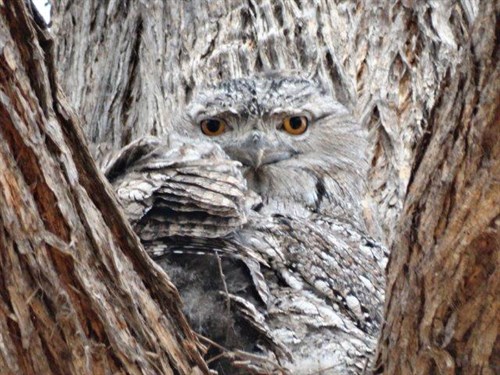 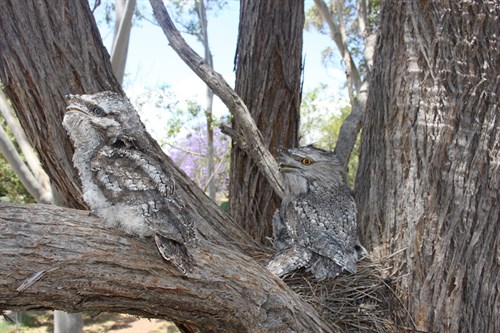 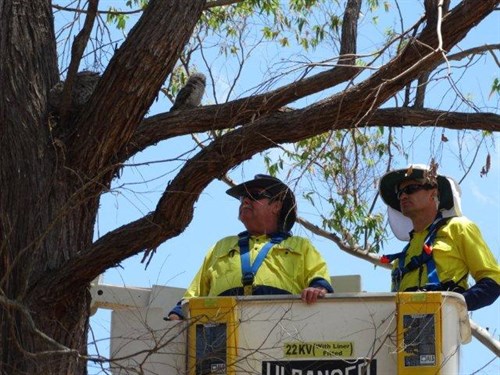 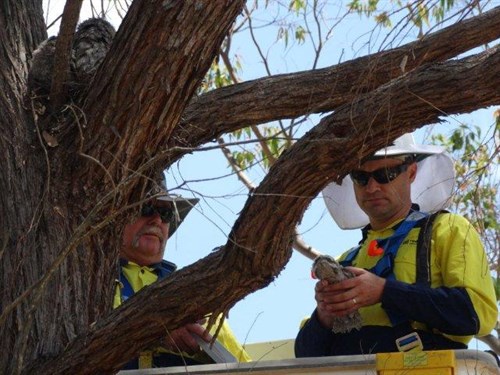