Local fauna was successfully protected from injury or harm this week as construction of the detention basin at Garnet Lehmann Park started.

Aware of local community concerns when it comes to the welfare of wildlife inhabiting the park, Toowoomba Regional Council (TRC) brought in environmental specialists Redleaf to ensure that all fauna were carefully managed and protected according to the approved Species Management Plan (SMP) under the Queensland Nature Conservation Act.

Principal Scientist Dr Darren Fielder said qualified fauna spotter/catchers from Redleaf Environmental were on site to ensure that all wildlife was properly identified and the SMP was followed.

He said the SMP identifies the types of animals and their breeding places that may occur within the parkland and outlines how to protect the animals from harm.

“The operation has been a success on a number of issues including protecting and fencing off of nesting Masked Lapwings - or ‘Plovers’ - for the duration of their breeding and the monitoring of other birds on site,” Dr Fielder said.

“A pair of roosting Tawny Frogmouth owls was located each morning during the pre-clearance fauna surveys and they were able to be avoided during the felling of the trees.”

The fauna spotters also identified a Noisy Minor nest which was monitored over a series of days. The minors were observed to have abandoned the newly-made nest following the disturbance of the machinery and noise of the construction site.  The nest did not contain any eggs or chicks when it was inspected.

TRC Mayor Paul Antonio said that it was the Council’s intention to protect all fauna within the Park and that any development across the region, such as this, would always receive the same focus on and protection of local wildlife.

“Council has the best interests of preserving fauna and will continue to ensure, through engagement of scientists that these animals are protected and relocated if necessary.”

Redleaf scientists recommended to Council that a number of large trees and an empty willow tree hollow should be retained on site for later reuse in the restoration of the detention basin footprint, by being integrated into the creek channel and banks.

“These trees will provide habitat for the plants and animals in the basin and also provide protection to the reinstated creek banks against erosion during flooding events,” Dr Fielder said. 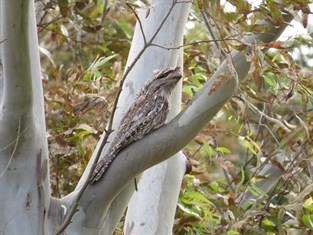 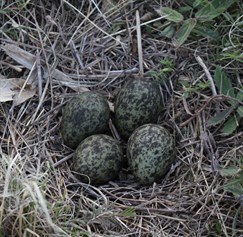 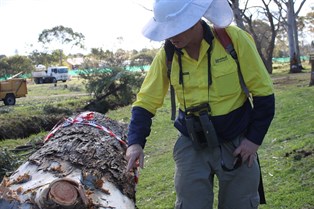 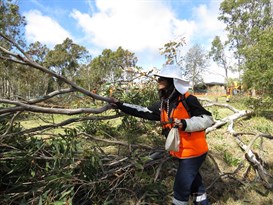