The official opening for the Garnet Lehmann Park detention basin project was held on Saturday, 11 April 2015. Redleaf scientists were on hand doing educational tours of the new park area to highlight environmental aspects of the project. 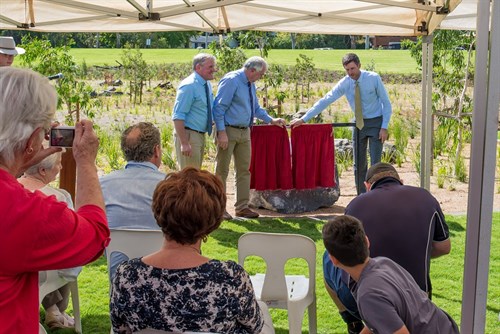 "Coucil has worked hard to hand the park back to the community," he said.

"The basin will deliver greater biodiversity to the park and enrich the nearby community." 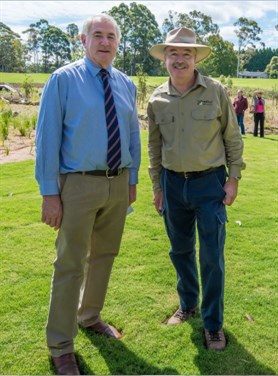 "And as you can see the ducks have already returned."

The mayor thanked the nearby community for their cooperation and patience.

"This will help protect the city for generations to come."

Redleaf Environmental scientists Bruce Thomson and Darren Fielder were contracted by the council to advise on the ecological aspects of the basin's construction.

Dr Thomson said the new features of the park would attract a wider variety of wildlife than prior to the construction.

"What we've tried to do is add variety to the shape to create new environment for things to live in," he said.

"Features such as the varied depth of water will attract different fish, frogs, and tadpoles.

He said cuttings of threatened plants had also been transplanted to encourage their growth.

Residents in the area, Mitchell Duder and Beckie Daley gave the park their stamp of approval.

"We really like it, it's good for the animals and they've replanted all the trees." 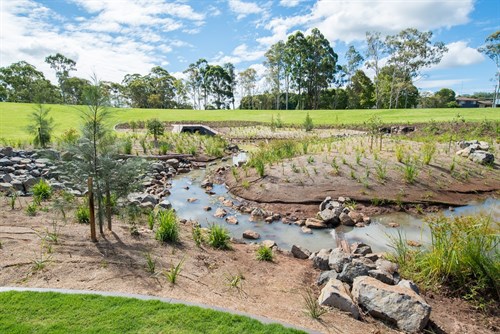